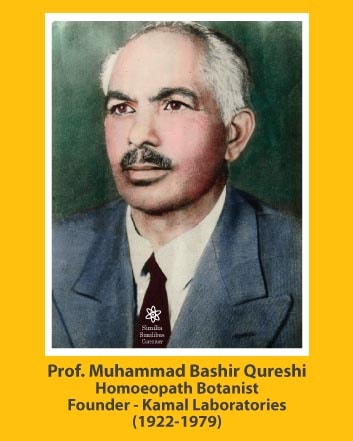 Dr. Qureshi was pioneers of Homoeopathic medicine in Pakistan, devoted his life to uncover the medicinal powers of plants and herbs native to Pakistan. He is also credited for discovering several additional remedies for different diseases using Homoeopathic methods.

Prof. Qureshi invested his life while experimenting on Homoeopathic herbs while visiting the throughout Pakistan and laid the foundation for next generation to explore own sources especially the collection of herbs. He also introduced the Researched products of Kamal Laboratories on therapeutic basis by which thousands of Homoeopaths benefited and Homoeopathy also evolved. 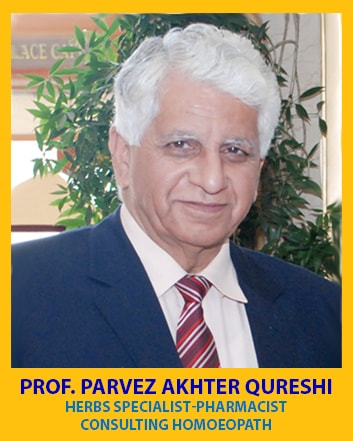 In 1979 after the sad demise of Founder (Dr. MBQ) his elder son from 2nd generation Prof. Parvez Akhtar Qureshi Homoeopath , took over his mission of welfare and service to ailing humanity. He represented Pakistan throughout Germany, France, Belgium, Switzerland and Netherlands by working with fellow Homoeopaths in adding to the extensive collection of knowledge and research in the field of Homoeopathy.
The brief intro of veteran is as under: 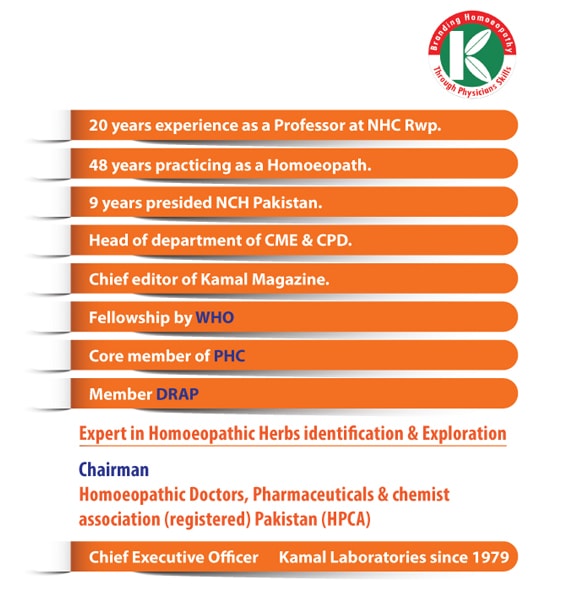 Prof. Parvez Qureshi's special focus on Homoeopathic education for future & existing
homoeopaths through the department of Continued Medical Education (CME), Continued Professional Development (CPD) , during his tenure where he continued the legacy of reseach and innovations , alongside focused the Homoeopathy and Homoeopath under the series Named
Branding Homoeopathy through Physicians Skills.
Under this project more than 4000 Homoeopaths were trained around the country.

GENERATION TO GENRATION SERVING IN HOMOEOPATHY 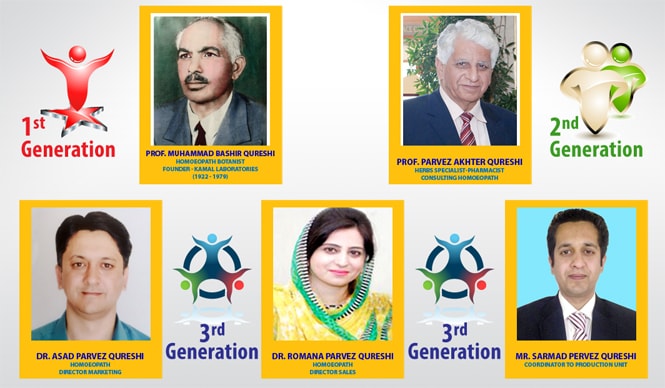 Beginning from Founder to next generation , now Kamal Laboratories stepped in into 3rd generation while serving in Homoeopathy, details are as above: